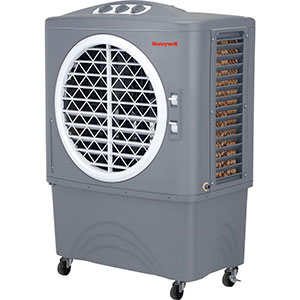 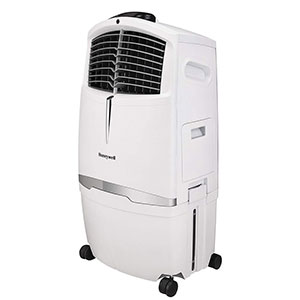 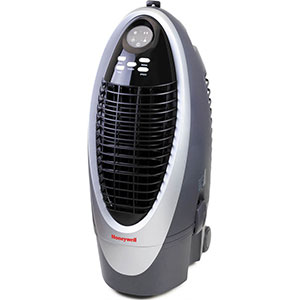 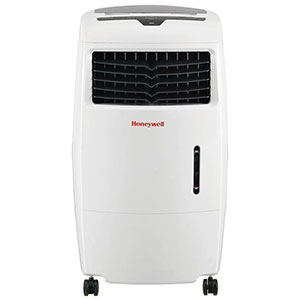 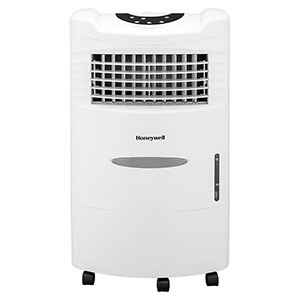 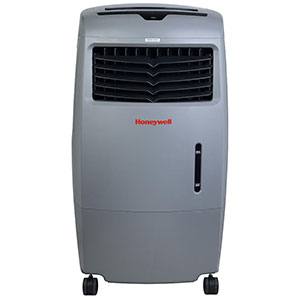 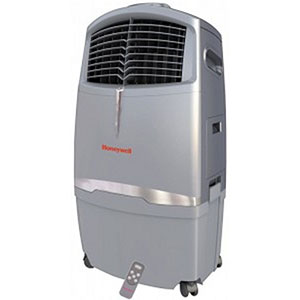 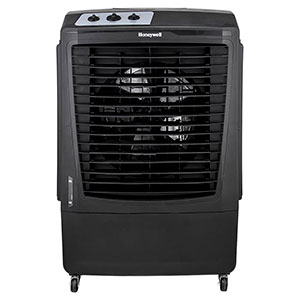 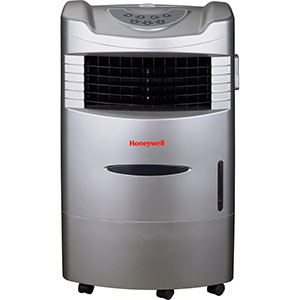 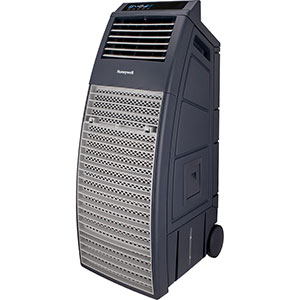 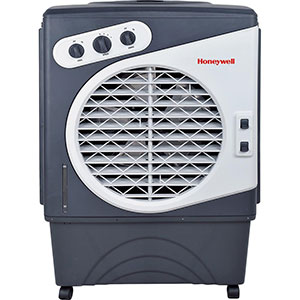 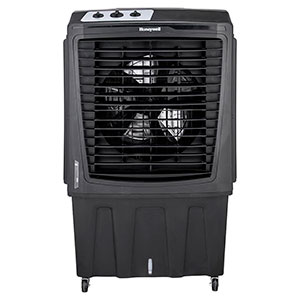 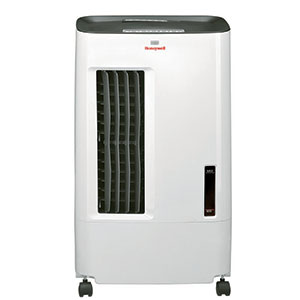 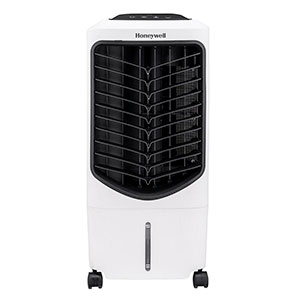 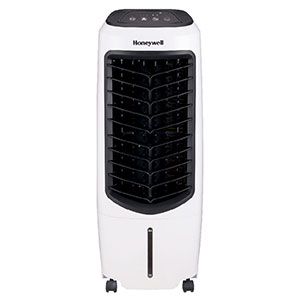 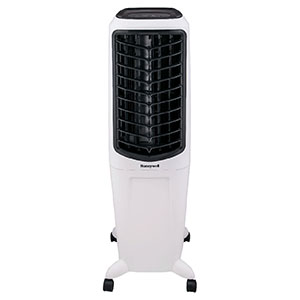 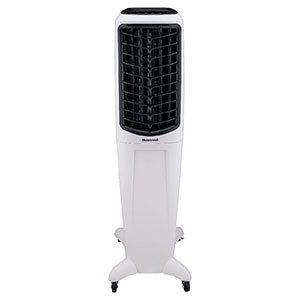 So, it's not an air conditioner, right?

Correct! Honeywell Evaporative Air Coolers don't rely on heavy compressors or refrigerant gas to lower air temperatures, nor do they spray mist. Instead, portable air coolers moderately reduce heat through evaporating water vapor into the air. Honeywell Air Coolers work most effectively in hot, dry climates. Much like a breeze flowing across a lake or the refreshing cool air you feel near a waterfall, Honeywell Evaporative Air Coolers release a comfortable, cool breeze with the natural process of water evaporation. When warm air is drawn into the air cooler, the air is filtered through a wet honeycomb cooling medium, which absorbs heat and naturally cools and humidifies the air.

How do evaporative air coolers work?

Honeywell Evaporative Air Coolers are constructed with three central components: a fan, a pump system to circulate water and a honeycomb-shaped absorbent panel. The fan draws in warm air through the wet honeycomb media; evaporation converts the moisture into water vapor; and then cooler, more humid air flows out on the other side. When using an evaporative air cooler, ventilate. Open a window, or keep a door ajar, to expel over-humidity and allow for circulation of fresh, dry air. Also, be aware that the honeycomb media may have a distinct odor when first used, which will dissipate after a couple hours.

How is an air cooler different from a standard fan?

Normal fans use fan blades to circulate air around the room without offering any cooling. Air coolers use the natural process of water evaporation to cool incoming hot air and use a powerful fan to evenly distribute newly cooled air. The temperature of dry air can drop significantly when liquid water transforms to water vapor (through evaporation).

Do air coolers require a lot of electricity to run?

How large of an area will it cool?

The cooler's CFM is the key indicator of its cooling capacity. A cooler with a CFM of 200 for example, is a spot cooler, and can affect a radius of about 50 sq. ft. A cooler with a CFM of 2000 can cool a space that is about 500 sq. ft. Bear in mind, though, that evaporative air cooling is also highly dependent on the heat and humidity of its environment for appreciable cooling.

Can I use an air cooler while running central air or central heat?

An evaporative air cooler can reduce the need to solely rely on costly central air to cool down your home. The air cooler can assist in circulating central air throughout the room, as well as boosting the air conditioner's cooling action. Less air conditioning translates into more cost-savings. The air cooler will also help by adding moisture to air that is over-dried by air conditioning. During the winter, air coolers can also be set to a low fan speed to act as a humidifier, alleviating the drying effects of central heat by adding humidity to the air.

Product filters are being applied...

Sorry, no products were found matching your search criteria. Please update your selections or use the clear all selections button below to view all products in this category.